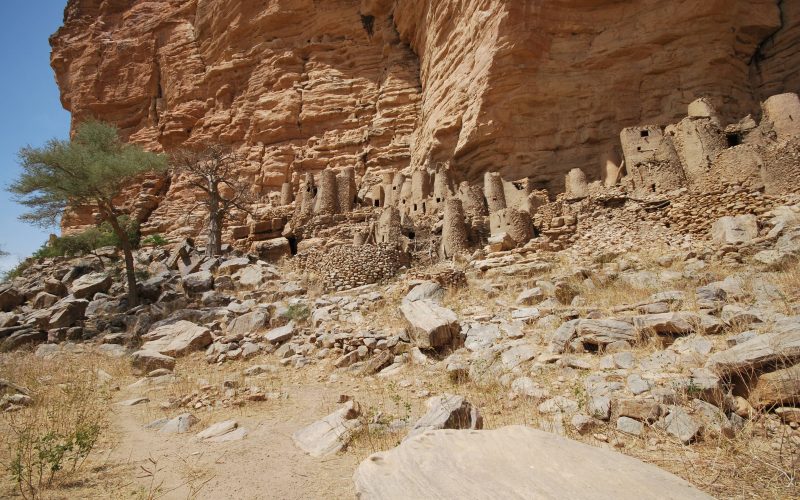 The almost deserted village of Neni is situated in the valley across Koundou Da. Its residents have moved to the plain. Consequently, this cultural site became endangered not only due to the lack of maintenance and resources, but it was also abandoned due to the influence of religions, such as Islam and Christianity, which represent a strong threat to the animist villages.

In the village of Neni almost all the houses are damaged and it is difficult to differentiate them. It is clear that some parts collapsed naturally, but other damages were caused by looters in search of the oldest arts objects to sell to tourists. The only house that stand out is the house of chief of the village, the Hogon. The main façade is painted with different colors and it has several decorations. The wall of the roof is decorated with the egg of a bird called Djéguédjaga. The window in the middle of the façade is used by the guardians of the Hogon. On the low part there is a decoration of the Lèwè snake, while the hole below the head of the snake Lèwè serves to bring out the dead Hogon. Unfortunately, the back facade of the house is almost collapsed. One part is decorated with the moon and a star, the other side with the sun. All this show that the Dogon had a strong relationship with the sun and the moon, which watch over them.