The Netherlands already has a long relationship with Mali, which started when architect-archaeologist Herman Haan brought the Tellem Expedition for the NCRV into the Dutch living room in 1955. In his footsteps, many architects and artists followed this fascinating area with its rich culture. Similarly architect Joop van Stigt, who made his first trip in 1972. It became the beginning of a long series of trips; first to absorb the culture but soon to think about the water facilities and the preservation of the culture.

The first wells and dams were constructed in 1981. Soon more was needed to really make a difference. And so in 1995 – with the construction of the first school – the establishment of SDO (Dogon Education Foundation) started by Joop and Gonny van Stigt.

In 2007, DVI (Dogon Women’s Initiative) was founded by Jacqti de Leeuw. She focused on empowerment of women. Women groups work together on health, literacy, agriculture and increasing their income.

The Bloemendaal-Dogon Foundation also started in 2007. Aagje Nicolaas, a good friend of Joop, had been impressed by the people in Pays-Dogon and the special country. Together with an enthusiastic board, a great deal of information was given and money was generated for projects carried out under the leadership of Joop van Stigt in collaboration with the local population in Pays-Dogon: building schools, wells and restoring the main pillars.

In 2011 SDO and DVI provided for the establishment of ADI (Association Dogon Initiative). This local Malian organization ensures that all programs are now being implemented and are now also being initiated. In this way we build regional development in the widest possible way, in an equal partnership. 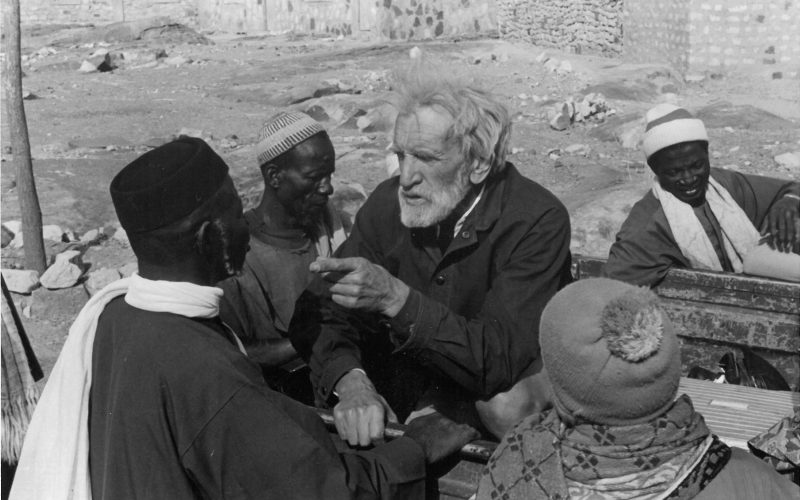 The single most important source of inspiration for SDO co-founder Joop van Stigt (together with Gonny van Stigt) has been Herman Haan. Joop met Herman in 1958, when he worked for architect Aldo van Eyck as drawer and supervisor on the Burgerweeshuis in Amsterdam. At the time, Haan was among the most prominent members of the Dutch modern art movement, such as Corneille, Jan Rietveld and Parin. Besides architecture, Haan was a passionate adventurer, and together with his interests in anthropology and archeology, he was drawn to the Dogon in Mali. Joop came to share these passions and interests, and the travels to Mali which he made with Herman Haan were some of the most valuable experiences of his life. In Herman Haan’s architecture, we can clearly trace the Dogon’s building- and social-principles, such as the open relationship between houses and their surrounding natural environment.

During his studies, Joop van Stigt (1934 – 2011) met Aldo van Eyck, who took him on to work on the famous Burgerweeshuis in Amsterdam. Joop quickly gained important experience and contacts, and together with contemporary Piet Blom soon came to be known as the ‘angry young men’ of Dutch architecture. In 1962, Joop won the Prix de Rome, which gave great impetus to his career, and resulted in projects such as the new canteen for the University of Twente, apartment-towers in the Bijlmermeer and apartments in Almere Haven. His designs are understood as part of architectural structuralism in the Netherlands. Later, Joop would focus on- and become widely known for several prestigious restauration projects. Gonny van Stigt-Amez (1934- ) trained as accountant and has from day one been the financial backbone of the architectural office Bureau van Stigt. It was no surprise that Gonny took up responsibility for the finances of SDO, including seeking sponsors and funding. The complimentary skills of Joop and Gonny build the foundation as it is today. Joop learned of Aldo van Eyck’s travels to Africa at the Academy of Architecture. Together with Herman Haan, who was then in the middle of preparing his Tellem expedition, Joop travelled to the cliffs of Bandiagara for the first time. It was the beginning of a long-lasting love for the Dogon area. Many journeys followed, often together with Gonny. Their work in the region started with minor projects: building dams or wells at first, and eventually a small school. In 1997, when local demand for their work grew strongly, they founded the Foundation Dogon Education (SDO). Until 2002 everything would be funded from private means, but today SDO can rely entirely on donations and the help of loyal partners. 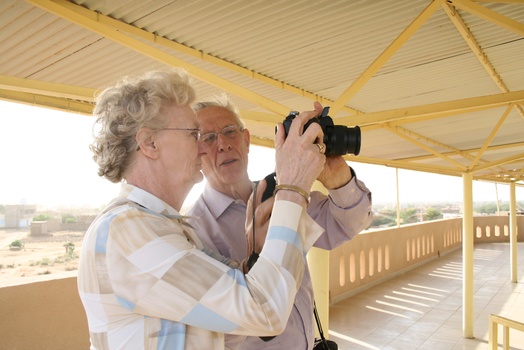 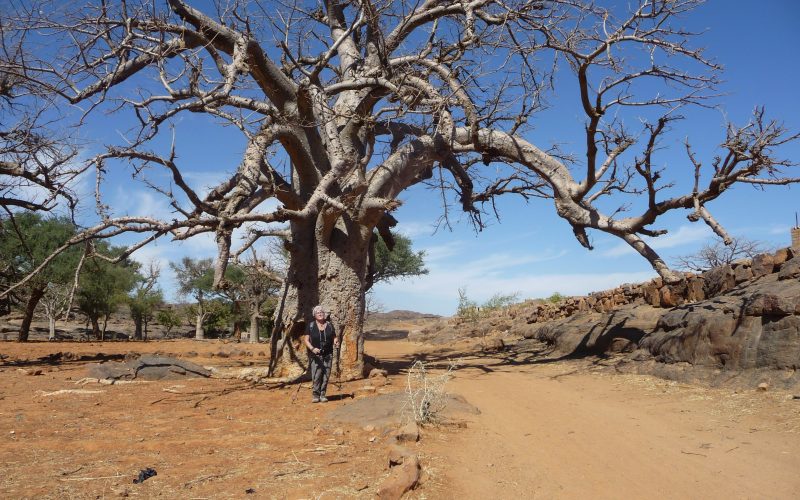 Education is key to a higher quality of life and prosperity. The Bloemendaal-Dogon foundation therefore seeks to stimulate and support education and individual development in the widest sense. This includes creating the boundary conditions for good education, such as building and furnishing a school and making wells. Besides this structural support for education, the foundation fosters and finances projects related to general infrastructure, health and cultural history of the Dogon. In addition, Bloemendaal-Dogon has since 2013 been focusing increasingly on educational programs.

In 2007 Jacq-ti de Leeuw and Gonny van Stigt founded the Dogon Women Initiative (DVI). Working with women seemed a logical next step from the work of SDO. Jacq-ti’s experience with The Hunger Project formed the basis for DVI’s women’s empowerment program, which consists of organizing women groups with projects on health, illiteracy, farming and business management. As a result of the successes of DVI, a locally run organization, ADI, and the Green Desert Initiative were created, to facilitate further collaboration with SDO. 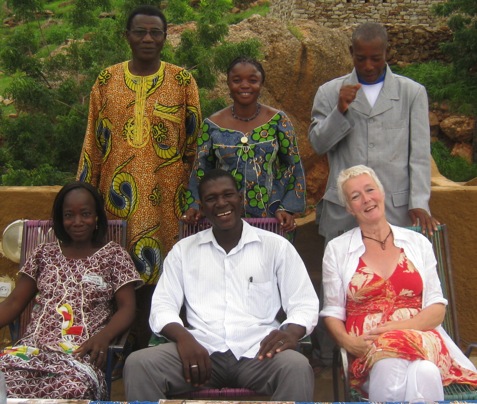